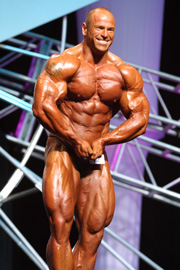 Jon knows the importance of keeping his body in the best condition with ART performance Care. 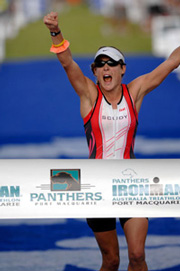 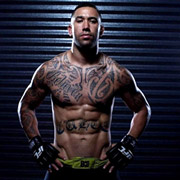 Dylan Andrews (born 15 November 1979) is a mixed martial artist from New Zealand currently competing as a Middleweight in the Ultimate Fighting Championship, previously competing in their Middleweight. As of July 2014, he was ranked no. 92 in the world.[1] He was semi-finalist on FX's The Ultimate Fighter: Team Jones vs. Team Sonnen. 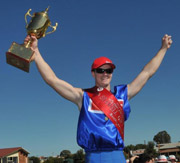 Hi, My name is Aaron Stubbs and I have been involved in the sports of Athletics and Surf Life Saving since I was a young boy. I was somewhat of a late developer, never becoming a National level athlete until after I had graduated from High School. Since that time I have accomplished many of the goals I have set for myself and my career highlight to date would be winning the 2009 Stawell Gift. I believe that success is the result of combining Talent, Determination, and smart planning. Smart Planning is something I have learned the hard way and I fully believe that these lessons will aid me in accomplishing my goal to become the fastest runner in Australian History.

What Can I offer a Sponsor

As an athlete performing at an elite level people often ask me and look to me for advice on apparel, nutrition, supplantation, recovery and treatment. In this position I am able to recommend products that I believe in. I am an active social media user and am happy to use my accounts to promote your products as I do believe they work. There is no better advertisement for a product than results, and if we work together towards my goals it will be an excellent way to show that your product works. This season so far I have already featured in numerous news television broadcasts and other forms of news media including newspapers. This would be an excellent opportunity for me to represent your brand.

As you are likely well aware the 2016 Olympics will be held in Brazil. The qualification season for Australia begins in October 2015 and runs through until the Nationals Championships and Selection trials in April 2016. So far my season has been by far the best I have ever had, I have won 2 Professional Gift races including the Queanbeyan Gift which is the 3rd largest event of its kind in Australia. I have followed this success up with a massive personal best in the 100m of 10.27 into a -1.0m/s headwind. This time ranks me as the fastest to date in the qualifying season and equal 20th fastest Australian all time. I am extremely confident that I can continue to improve to the level of qualifying for the individual 100m at the Olympics where my goal is to make the final!

Below are links to online news media that I have been a feature in during the 2015/16 Olympic season to date:

I have also been a feature in numerous posts by Facebook fanpages relating to my sport including: